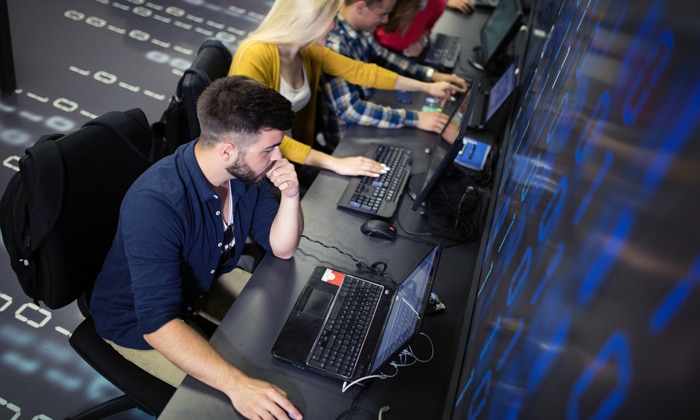 As digital technologies continue to disrupt and transform every industry on the planet, nearly half of the UK’s students believe that coding skills are either equally or more valuable than foreign language skills for their career prospects.

Research commissioned by KX, a UK-based software company specializing in real-time analytics and data management, shows that among students aged 16-23, 41% can write, or are planning on learning to write, in at least one coding language. 28% already believe that being able to code is a core life skill.

When looking more broadly at the importance of data handling and analytical skills, 29% of UK students have either taken or are planning to take a course in data analytics or data science, while 24% say the same for computational intelligence.

But, despite the growing importance and rising popularity of coding, 43% of students say a barrier to their learning is that it is not taught in schools, highlighting the need for a greater focus on digital skills within the education system. And with a recent report by the UK Government showing that strengthening and supporting digital ecosystems could add another £41.5bn to the economy by 2025 and support 678,000 new jobs, it’s clear that supporting data skills and coding throughout education should be a key priority.

Kathy Schneider, Chief Marketing Officer, KX, says: “It’s encouraging that students across the UK see coding and data analytics skills as being important to their future career success. With the continuing digitization of almost all industries, these skills will be fundamental to the growth and development of both individuals and economies. However, the education system seems to be playing catch-up when it comes to aligning learning and curriculums with the demands of modern work. There is a role here for companies to partner with education institutions as well as invest in training to help new recruits get the skills they need to succeed.”

The KX research support the findings of a recent study by Glassdoor which showed that Java Developers, Data Scientists and DevOps engineers are some of the top jobs in the UK based on employee job satisfaction, median annual base salary and the number of current job openings in the given role.

Daniel Baker, Head of Evangelism at KX: “The ability to understand and apply data through code is not only an important life skill, it’s also critical for future economies. Regardless of the language, coding offers many tangible benefits and builds transferable skills that develop a problem-solving mindset. We have a responsibility to build sufficient pipeline in schools and universities, challenging governments, and education bodies to modernize curriculums and ensure career guidance aligns to industry need. Employers also need to adapt and build a culture of continuous learning.”

When asked how learning a coding language compares to a foreign language in terms of boosting career prospects, almost a third of British students (29%) say that speaking a foreign language and having computer programming skills are equally valuable to their careers, 34% say that foreign languages are more important and 20% say coding. Only 11% believe neither to be important.

The main drivers for learning to code in the UK are that it allows for better job opportunities (60%) and higher salaries (45%). Conversely, students pursuing foreign languages are doing so to increase confidence when travelling (69%) and to learn about other cultures (63%).

Despite the common belief that there is a low percentage of the UK population who can speak a second language, 69% of students say that they already speak one or more languages and more than two thirds (69%) say that they are planning to learn one – whether for the first time or to add another language to their CV.